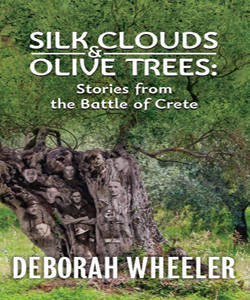 Summary: A lifetime has passed since the men involved in the Battle of Crete left Australia and New Zealand to join the British to go and fight for the freedom of others. This little reported battle had far reaching consequences for all involved. Reading this book we become aware of how a handful of these ANZACs felt, what they saw and experienced in Greece, Crete and in numerous POW camps where some of them were interred. The forging of unbreakable bonds, particulary with the Cretan people who fought alongside them, often at great sacrafice to themselves, their families and friends. How 80 years later those bonds of friendship have been handed down from family to family.

“I can verify the feelings of each soldier during these actions in Greece and on Crete because I was there experiencing the same feelings.” – Alfred Carpenter, World War Two Vetran, 2020

A donation of $5 per book will go to This Story Australia. 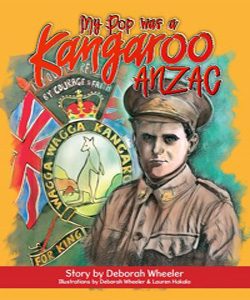 Summary: This picture book has been written and illustrated for both children and adults. It depicts the story of William James Wheeler who was one of the original men to leave Wagga Wagga on 1st December 1915 to start the Kangaroo March.

REVIEW: We’d like to thank Deb for generously donating $2 from every sale of “My Pop was a Kangaroo ANZAC”. The book is a delightful read, with a beautiful story and accompanying illustrations.  * Mates4Mates

For further reviews click on the News/Events tab above.

$2.00 from the sale of each book is donated to Mates4Mates 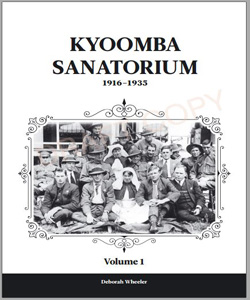 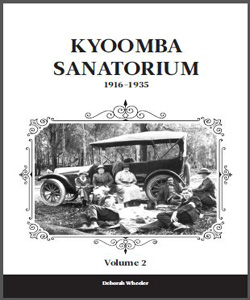 Volume 1 Summary: Details the stories of 150 people associated with the sanatorium. This work uncovers and honours the recuperating servicemen, doctors and soldiers who spent time at this institution during its 19 year history.

REVIEW: This new publication – … is an important resource, as it translates these important stories into a narrative that is human, relatable and easier to comprehend…

Volume 2 Summary: Goes on to detail the stories of another 400 people associated with the sanatorium. This sanatorium played an important role in Australia and Queensland’s military and medical history. 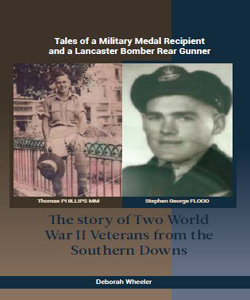 Summary: Tom Phillips was an ambulance bearer with the 2nd/3rd Field Ambulance, posted to North Africa and New Guinea. Steve Flood was an air gunner with 467 RAAF Squadron and posted to the UK during World War II where he flew 30 missions including over Berlin.

Cost: To be advised.